This is something I have been wanting to do for a long time: map which areas of Vienna have fast access to a certain kind of infrastructure. Now, I finally found time and data to perform this analysis. Data used is OSM road data (Cloudmade shapefile) for Austria and metro station coordinates for Vienna by Max Kossatz and Robert Harm.

Before importing the OSM roads into PostGIS, I cut out my area of interest and created a clean topology using GRASS v.clean.break. Once loaded into the database, assign_vertex_id() function does the rest and the network is ready for routing and distance calculations.
For the metro stations, I calculated the nearest network node using George MacKerron’s Nearest Neighbor function.

Catchments were calculated using driving_distance() function. It returns distance to a given metro station for all network nodes (up to a maximum distance). The result can be interpolated to show e.g. which areas are at most 1 km away from any metro station. 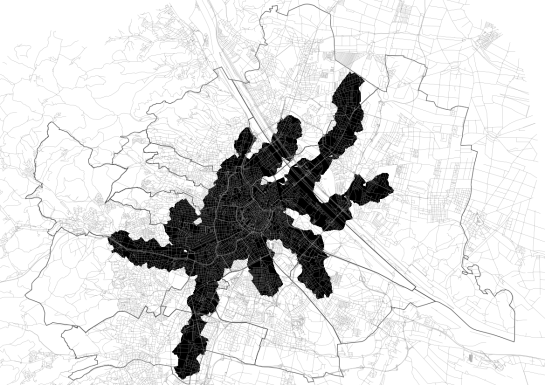 Once set up, performing this analysis is reasonably fast. Instead of metro stations, any other infrastructure coverage can be analyzed easily. I could imagine this being really useful when looking for a new flat: “Find me an area close to work, a metro station and a highschool.”

The next great thing would be to have all data for calculation of transit travel times too. Yes, I’m looking at you Wiener Linien! 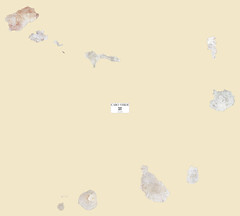